Tis the season. As we learned this week from the Handbook of 45–global warming is a hoax, climate change is normal. Just note the big early snowstorms.

When confronted by Pilate, Jesus said, “I am not of your kingdom,” and a multitude of us are most certainly saying, yelling, muttering much the same about King 45.

Things aren’t fine, but we have learned how to hold on to all that is good, loving, true.

And so in the midst of it all, ’tis still the season to be jolly, not happy–jolly.

Today we woke to the first snowfall of the season.
You know how it is: The flakes fall, and after
the dog goes out, comes in, you wipe his paws.
Or you don’t.

My wife’s father was captain
of a destroyer heading to
Cuba during the missile crisis. He
and his crew listened to Radio Havana.
Sometimes to Tito Puente. Kennedy
called to turn back the fleet.

This is the holiday season. The deer will soon lie in
the drifts outside our bedroom window. They sleep,
lift their heads, then lower them back into sleep.

Last night we put up a Frazier fir. They hold
their needles. We also untangled the strings
of lights. Eight months before I was born, my father,

white Army captain of a black company, led his
men through the rubble of Belgium and France.
My mother and her mother trimmed a tree.

I was born in April. My father was slogging his men
through the breath-stealing heat of the Philippines.
We are not treated the same as the others, he wrote,
and we are living in a rice paddy. All there is is rain.

Here it is still snowing.

Then published in Toad.

I encourage you to take a look at the blog kept by award winning author and artist Linda K. Sienkiewicz. In posts she entitles “What, Why, How,” Sienkiewicz asks each person she welcomes to her blog those three questions. Talk about cutting to what really matters. Her novel In the Context of Love received not one but five major awards.

For many the Season of Advent is arriving. I noted before, Gayle Boss’s All Creation Waits, her numinous reflections on creatures who live with us, each reflection accompanied by the stunning woodcuts of David G. Klein. Day one: Painted Turtle, followed by Muskrat! Soon comes the loon and then the wood frog! 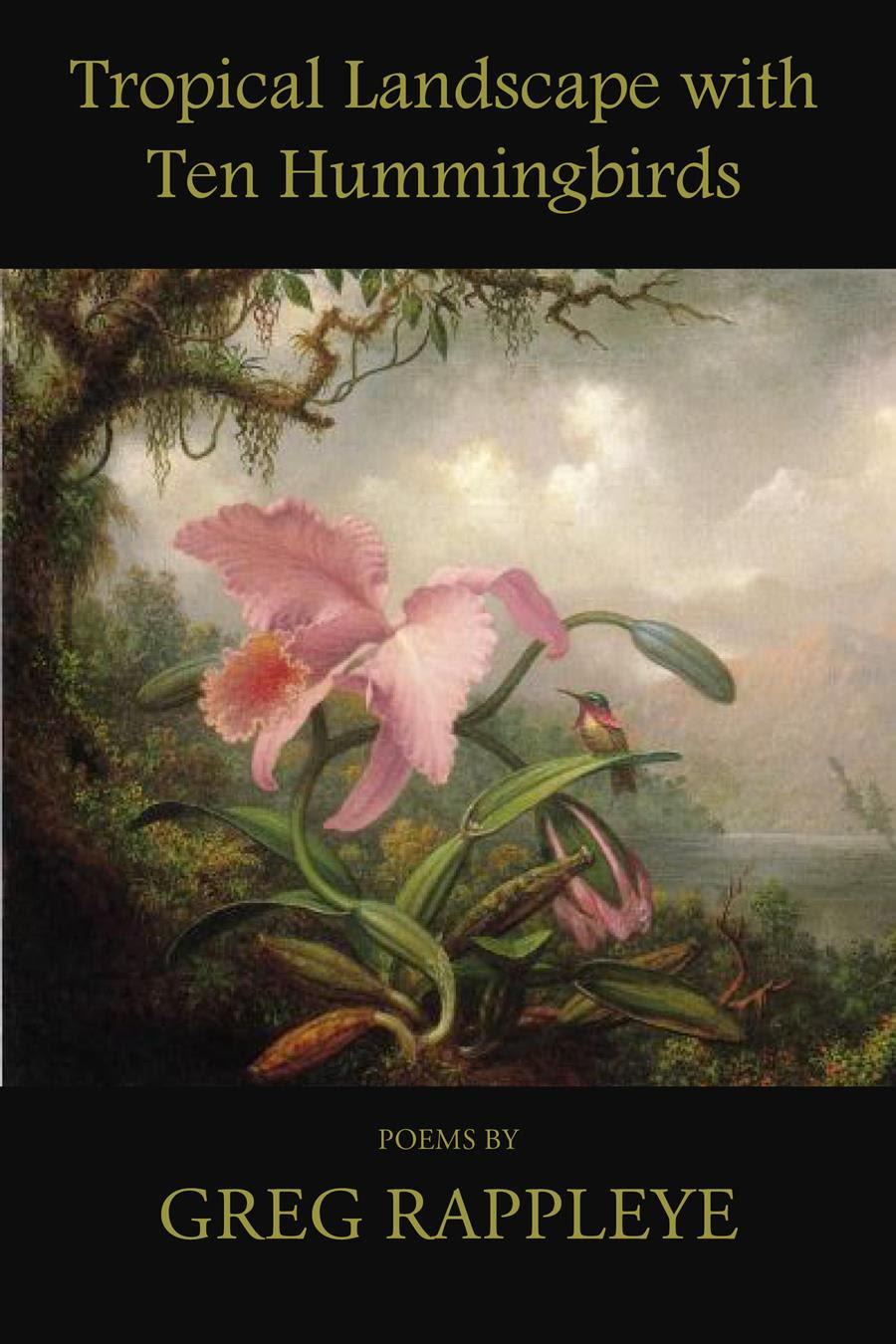 Greg Rappleye is a poet of exquisite, lush language, exacting and precise in description, inventive in the re-creation of entire worlds. In this intoxicating and revelatory journey through the Brazilian rain forests of the 19th century, he populates the canvas of his poems with not only the flora and fauna of that time and place, but with the voice and inimitable perspective of its subject: Martin Johnson Heade, an American painter obsessed with the otherworldly appearance and flight of hummingbirds. As Rappleye’s imagined Heade confesses, “[I] walk for days to find their tiny hearts / beating in the jungle dark.” Yet for all its meticulous research, the heart of this book is a meditation on connection, on what we willingly give our lives over to. As the poet asks, “What should we save—/ a fallen world, or the life we are finally given to live?” —Todd Davis

On April 1 (perfect!)  my new book, St. Peter and the Goldfinch, will be released by Wayne State University Press. Preordering is up at that link, and Julie says stay tuned for news of a PARTY!

Visit Reader’s World in Holland, The Bookman in Grand Haven, and The Book Nook & Java Shop in Montague to find Jack’s books in West Michigan.

What can one say when it feels as if even when we wake to a day that begins in our calm going about what we do every day, some unfathomable shock splits us off from fully attending to our own loved worlds?

Angels never have to worry
about their wings: lose a feather here
or there, a new perfection floats down
across the landscape, catching itself
on its cousin the tree branch, landing
on its second cousin the leaf, or even
along its third cousin twice removed,
the blacktop highway. There is so much
symmetry that in the mirror your left
side resembles your left side even though
it’s never quite the same as your
right. Go deeper. All the cells split
into identical ice dancers, all
the electrons spin the same bacchanal.
Only the broken reveals, gives
the universe its chance at being
interesting, says a door is not
an elephant, the moon is not a
salad fork. So, break the bread
in two, drink half the glass of wine,
slice the baby down the middle, cut
the corner, divide the time. Tonight
the moon will once again reflect the sun’s
monotonous dazzle, and the old light
making its dumb way to us, will break
our symmetry of coming home,
of passing on the street.

And, of course, click here to visit ridl.com, check out what Jack’s been up to, maybe say hi!