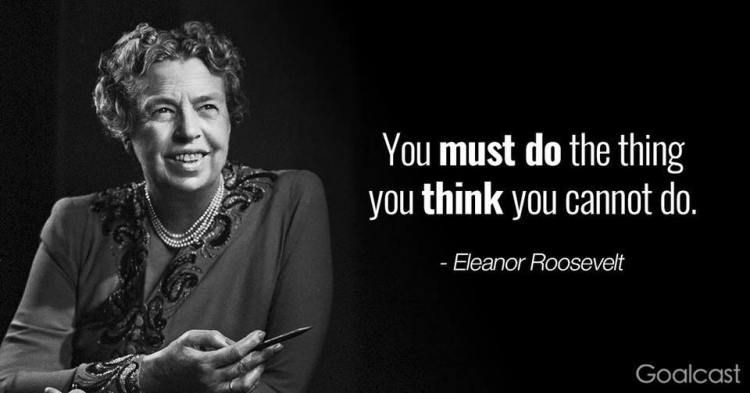 Julie Ridl here, Jack’s wife. He kindly allowed me to hijack his audience to share this message. I hope you don’t mind.

I need our friends to understand that helping Garnet Lewis in her run for Michigan State Senator has been the best work of my life, already. Selling products was fun. But helping a really fine person seek a seat on our broken Senate is easily the greatest contribution to my community that I’ve ever made in my lifetime. But I’d like you to know why I put my business clients and other commitments on hold to do this work:

If Atticus Finch, as played by Gregory Peck in “To Kill a Mockingbird,” and Eleanor Roosevelt had a baby girl, she would grow up to be the Garnet Lewis I have come to know and love.

From these virtual parents she gathers relentlessness in discovering the right things to do, then seeing them done, building coalitions and communities of people who care for all the people, listening intently, guiding respectfully, honoring differences of opinion, all with nearly unsinkable humor.

Nearly unsinkable, because her righteous anger, when sparked, is a wonder to behold. She is powerful. A legacy from Eleanor.

Sandra Bullock would be cast to play Garnet in the film adaptation of her life for her ability to portray the right blend of virtue and goofiness, with two ticks of southern charm.

For me the shorthand to her character is that she is an Air Force Brat. I am a Navy brat. We both grew up on military bases where our dads served as career servicemen, overseas. This was during the 1960s-1970s. At that time, servicemen were drafted into service, and so military bases were an egalitarian microcosm of the whole melting pot of U.S. culture. We grew up serving side by side with people from many U.S. cultures and ideologies and religious faith traditions. And I say serving because military families absolutely sacrifice and serve alongside their service people, in our cases, our dads. Our mothers were strong and self-sustaining women who could form and reform strong, hardworking communities at the drop of a pin on the map.

That’s all I needed to know about Garn, that she is part of a tradition that respects and values the contributions of the whole community, that she will fight for the health and wellbeing of any community where she lives and serves.

But wait. There’s more. She…

+Was raised in England and Germany, where she learned to appreciate different cultures, and the value and challenges of international relations
+Moved to her father’s ranch in Texas when he retired from the Air Force, where she learned about the hard work of managing land and livestock
+Studied animal husbandry
+Fell in love with the philosophy of Education, earning a Ph.D. in Education
+Fell in love with Michigan as a young professor, and has lived here ever since
+Educated many, many educators
+Educated and guided Democratic legislative candidates
+Was the first openly LGBTQ person to be appointed by our Governor to serve on one of MIchigan’s University Boards
+Chaired that board
+”Retired” to run a small business, serve on Saugatuck City’s planning commission, serve on city’s board of review
+Is a thoroughly engaging community organizer
+Bravely answered the call when her community pleaded with her to run for office
+Donated a kidney to a total stranger
+That’s right, a total stranger
+Is a selfless mensch
+Is always the adult in the room
+Has an infectious laugh
+Is Vicky’s spouse
+Is Norman the Campaign Dog’s mom

And when we elect her, she will be the first openly LGBTQ State Senator for the State of Michigan. Ever.

Big, dark money has already launched her likely Republican opposition for this seat.

It will take a lot of people with heart and small, light money to win it.

I absolutely believe in my heart and bones that if we can’t send a woman like Garnet Lewis to Lansing, we will have utterly failed our State.

So. Now you know Garnet. Will you help me support her? You don’t have to live in my district or in my state to support her campaign. You do need to be a U.S. Citizen. (sorry German buddies.) Will you consider it? Max donation to a particular candidate is $2000. Any amount is most welcome. Thanks for making it this far if you did!

10 thoughts on “Why I dropped everything to help Garnet Lewis go to Lansing.”